There is a myth that William Webb Ellis started rugby. There is also a myth that Canon Ogilvie brought rugby to South Africa. In fact he detested the game and did not want Bishops to play it. What he brought to South Africa in 1861 was a form of football at a time when there was no game called soccer and rugby football was played only at Rugby School. Canon Ogilvie’s game was based on what was played at his old school, Winchester College in Hampshire. George Ogilvie was a remarkable personality. His nickname was Gog and the game played at the Cape was often referred to as Gog’s Game or Gogball.
Bishops got the Cape playing football of this kind, starting with the South African College. Bishops and SACS may well have played each other as far back as 1892. Eventually clubs were formed, Hamiltons in 1875 and then Villagers to start with, and then in the late 1870s the rugby game was brought to the Cape and became generally accepted, as it had become in England in 1871. Then the Western Province RFU was formed to regulate the game in the Western Province. Bishops, like SACS and then Victoria College out at Stellenbosch, played in the Grand Challenge competition of the WP RFU. That all changed with the coming of the school. In those early days Bishops had the advantage of coaching, especially by HH Castens, a South African old boy of 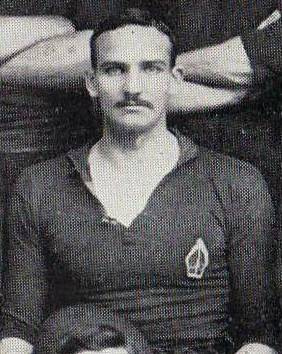 Barry Heatlie captained South Africa to their first ever Test win in 1896 and again in the third test of 1903 which won them them the Series against the British.

Rugby School and Oxford. Then it also had the great South African rugby personality and thinker of last century ion Barry Heatlie, whose nickname was usually Fairy but also Ox. Heatlie, who helped to found the Old Diocesans’ Union, also formed an Old Diocesans RFC. In forming the old boys’ union he – or rather his wife –had worked out colours. The predominant colour was green. In days when dyeing was the simplest way of getting rugby jerseys, the OD RFC decided to use green – myrtle green.

Touring teams came to South Africa in 1891, 1896 and 1903. In those days the local union would appoint a captain who would pick a team to represent South Africa and give them jerseys to play in. When Heatlie became captain in 1896 he gave them his club’s jerseys – and South Africa won for the first time. When he was again made captain in 1903 he gave his teams green jerseys again and South Africa won a series for the first time. And so South Africa still plays in green jerseys.In 1903 Gerald Orpen of SACS and two Bishops men, Fairy Heatlie and Biddy Anderson, pushed through a recommendation that the springbok be added to the jersey. It had been intended for 1903 but first came to pass in 1906.

The following is the list of those acknowledged as Bishops internationals:

South Africa: Mauritz van Buuren, Harry Boyes, who was the first secretary of the SA Rugby Board when it was founded in 1889, Frank Guthrie, Bill Bisset, Jack Hartley, who is the youngest player ever to have represented South Africa, Charlie van Renen and his brother Willie, Percy Twentyman Jones, who became the president of the WP RFU and also played cricket for South Africa, Biddy Anderson, who captained South Africa at cricket and refereed a Test, FR Myburgh, Paul Scott, Davey Cope, the first man to kick a goal for South Africa in a test, who was killed in a train smash at Mostert’sHoek on his way to a Currie Cup tournament, Theo Samuels who first scored a try for South Africa, Barry Heatlie (captain), Long George Devenish, who was for years a national selector, Joe Barry, Syd Ashley, Bertie Gibbs, Paddy Carolin (captain), who first devised the 3-4-1 scrum formation and regretted doing so, Mary Jackson, Barley Burdett, who died in World War I, Noel Howe-Browne, Bai Wrentmore, Geoff Grey, who became a national selector, DO Williams,. George D’Alton, John Apsey (Prep only), Dendy Lawton, Howard Watt, Dennis Fry and his brother Stephen (captain), Tommy Gentles, Bobby Johns, Peter Whipp, Dugald Macdonald, Guy Kebble, Christian Stewart, Robbie Fleck, SelborneBoome, David von Hoesslin, Hanyani Shimange (Prep only) and, François Louw. Fleck, Boome and Von Hoesslin were in the same team at Bishops, when the star was Herschelle Gibbs.Nick Koster (International Barbarians)